MoreThanAJob – Reinforcing social and solidarity economy for the unemployed, uneducated and refugees

The financial crisis in Europe, as well as the unstable financial and political situation in many Mediterranean Partner Countries, has made apparent that new and credible alternatives to the mainstream economy are needed. These transformations in the economy and the society have brought increased attention to the Social and Solidarity Economy (SSE)* actors that have been capable of helping to turn the challenges into opportunities. Nevertheless, in order to make efficient the SSE initiatives, effective collaboration with public authorities is fundamental.

As starting point, a framework of international best practices for the inclusion of the unemployed people in work and the education system has already been identified. These social pilot schemes are based on the collaboration of SSE actors and public authorities for better delivering of their services, thus enhancing the access to the employment and to education system for vulnerable groups.

To promote the development of innovative social schemes based on the cooperation among Social and Solidarity Economy actors and public administrations to enhance the social and labour inclusion of vulnerable groups in our societies.

*The expression social and solidarity economy (SSE) refers to a broad range of organisations that have explicit economic and social objectives as well as involve varying forms of co-operative, associative and solidarity relations.  They include, for example, NGOs, cooperatives, mutual societies, foundations, social enterprises, fair trade organizations or other similar companies and organisations.

MoreThanAJob will bring a change in the way Social and Solidarity Economy actors and public institutions work together for services provision to unemployed people, focusing on vulnerable groups.

The development of a framework of new social pilot schemes as well as the development of policy briefs and suggestions will improve the planning of policies adapted to the needs of the target groups.

In the long run, the access to the employment and to the education system of such targets will be enhanced.

MoreThanAJob – Reinforcing social and solidarity economy for the unemployed, uneducated and refugees 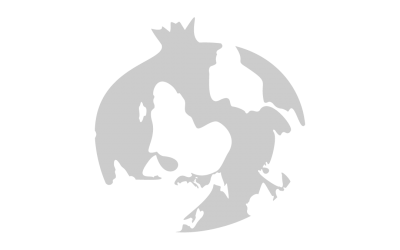 Reinforcing the competences and the entrepreneurial mindset of young women, contributing to skill a new generation of intrapreneurs, entrepreneurs and business owners operating in sustainable tourism and hospitality in Sub-Saharan African countries (SSA).

Enhancing the understanding of the process of grooming, and more particularly how it is facilitated by technology and how it can lead to child sexual abuse and missing.

Empowering teenagers with the 4R (Reduce, Reuse, Recycle and Rethink) philosophy of life through fashion, with the double focus of environmental and social impact.