What am I going to do with my life now? This is what Csaba asked hismself before starting his EVS experience

Linkedin
Home / Experiences / What am I going to do with my life now? This is what Csaba asked hismself before starting his EVS experience

So, I ended up in Palermo in June 2019 after a long phase of ‘what am I going to do with my life now?’. It was a rather random decision, an opportunity by chance. I had only known that I wanted to live abroad somewhere between the North and South Poles of this planet, not necessarily having a real job but also not aiming for the hippie ‘I’m doing an El Camino, so leave me alone ‘ kind of lifestyle.  Back then – and especially now, in retrospect – going for the European Voluntary Service program seemed to be the perfect compromise, probably the best option I had. I wanted to feel useful by doing something for a good cause, I was eager to learn, and I was looking forward to the challenge and the excitement of becoming a foreigner once again. So, I ended up in Palermo in June 2019.

Palermo is in Sicily. Sicily is a triangle-shaped island and its inhabitants, the Siciliani eat deep-fried rice balls which they named ‘Arancina’. Some people would say Sicily belongs to Europe, more precisely to Italy. I don’t really know what to say to them, they’re not wrong, they’re not right. Sicily has some African, Middle Eastern and Asian feel to it and Palermo has all the features of a real multicultural city in the best sense possible, meaning, that its multiculturality is not limited to having a hip Thai restaurant in the center. It’s quite difficult to be bored in this city and it’s almost impossible not to fall in love with it, but of course this love story is quite complicated which involves a lot of annoyance and hatred too. Palermo’s noisy streets are beautiful and ugly, there is sunrise but no sunset and the whole city smells like a garbage can coated with oregano. If Palermo was a person, she would be a naughty old lady shouting at you not to pee on her streets. In somma, a fun place for doing an EVS.

Let me provide a short list of the things that could happen to a volunteer in Palermo, so if you’re planning to go for this experience be prepared that You might:

Be chased by dogs, Learn some Italian, Work, Get hit by a car, Get robbed on the streets, Meet curious and interesting people, Have to share your room with a mentally insane Catalan man (but you’ll become friends), Become way more sensitive interculturally, Make some new best friends, Fall in love, Learn more about European values, Prepare your own pesto, Sleep on the beach, Acquire useful professional skills, Find a scorpion by your bedside, Learn a lot about feminism, End up on top of an active volcano and see real lava!! coming out, Fall asleep on the streets, Understand how European projects work, Not remember entire nights spent in Vucciria

*All these might or might not happen and I’m not to be held accountable for anything that a future volunteer will not experience, however, the likelihood of the above is rather high

Yes, yes, it’s Erasmus, best parties, best trips, best time of your life, the usual package. However, let’s not forget that this was also a work experience. CESIE defies many of the stereotypes one could hold about Italians or southerners because work ethic here is insane. This organization is a quite serious one, so you’re supposed to take your projects seriously and you’re quasi treated and considered on the same level as a real full-time colleague. The thing is that 1 year is a long time, 1 year as a volunteer flies away but a year spent living on pocket money from the EU is a challenge. Sometimes I was motivated to give my best, other times I was maybe a bit redundant to care about a job I’m doing for peanuts. I was always feeling lucky for having the opportunity to live and work there though. So, you’ve got to fight some fights with yourself and face the harsh reality that you’re actually expected to work at CESIE (Someone could have warned me before; p). I believe most of the volunteers are no strangers to these attitude changes through the course of a long-term EVS project, but I’m sure that in the end of the day we were all just grateful for being part of this story.

As part of the YOUTH CROSSROADS project I worked as an Assistant Project Manager on a few of the 120+ European projects that CESIE deals with. Among others, I took part in the development of training packages for the MyHandsCraft project, I could facilitate sessions and go on site visits with participants to the Ne(W)ave project and I was also part of the Design Thinking Team for CIM. MyHandsCraft aims to support refugees, asylum seekers and migrants in their social integration through arts and crafts, while Ne(W)ave seeks to develop innovative learning models for future professionals in the renewable energies sector. I also had the opportunity to be of one of the training facilitators for E-Design in a local high-school and in a cultural center. I was supposed to help kids learning digital skills not being skilled in IT myself and speaking broken Italian so some young Sicilian students could thank Covid19 for cutting short my contribution to the program.  I had many other ad-hoc tasks on several other projects too and I feel that I have really gained some important skills by working on and participating to so many diverse programs targeting wide and diverse audiences. Most of these projects tries to help disadvantaged groups in having equal opportunities socially, on the labor market, in education etc. I’ve always appreciated that most of the times my supervisors in CESIE would assign me to projects I was interested in, the ones matching my profile, allowing me to go for the topics I found interesting, this way I always had the chance to learn and to try myself in many different fields. You just need to show interest and willingness. Working there and meeting in person many of the disadvantaged people targeted by our projects gave me back some hope and belief in my future in the field of humanitarian assistance/social development. These 12 months as a volunteer sort of reignited the basic sensitivity in me for matters of social injustice. I believe I had been way more cynical before my Palermo phase and cynicism is an ugly thing especially when it comes from young people.

Living and working in Palermo is an intense and wild experience. My social life had never been so random and fast-paced before. It was a crazy, cicchetti-fueled social fun ride in the fastest car ever but oh boy that car had to stop at one point… I find it quite ironic that I had been gradually becoming a more open, non-verbally expressive and touchy/huggy person – as people are so nice and warm down there – and then some serious events started to take place, Pandemia kicked in the front door and touching each other suddenly became uncool.
I got lucky again, I had the best crew for these difficult weeks staying at home. Although we used to be 14 volunteers and suddenly, we were only 5 stayed there, we were happy together, creative and determined to make the most out of the trouble we found ourselves in.

I couldn’t avoid meeting 100 times more people than I would normally, and I couldn’t help but to make an awful lot of new friends as randomly as I had ended up in this city in the first place. With some of the friends I got to hang out for a week only, others were around for longer, but regardless of the time spent together, they all made an impact on me. Many trips, many nights out and a lot of drama. All the stories I have could fill books and I feel like telling them to the people I know in my ‘normal’ life. Pointless. They wouldn’t get it. All I could wish for is to see all my Palermo friends again one day so we could remember the great times we had together. Just to check if they really happened, otherwise it might have been just a dream. 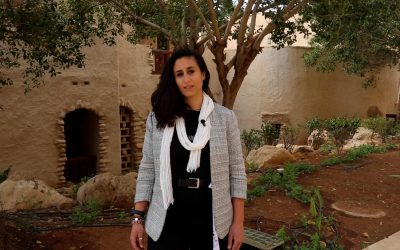 An experience that came all of a sudden: the training in Jordan 

The Winter Camp in Jordan came all of a sudden, not because we hadn't been informed before, but due to a sort of fear of dreaming of it too intensely, considering the current situation.  I had never really thought about the days on the Dead Sea; I was indeed... 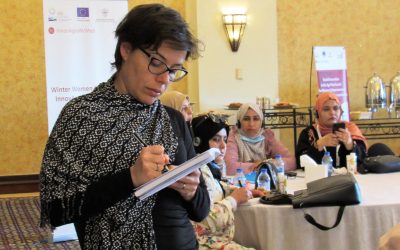 Jordan has stolen my heart.

BEFORE LEAVING CESIE gave us a wonderful Christmas present when, at the beginning of December, we learnt about the Winter Camp that would be held in Jordan in March 2022. It seemed like the perfect ending to a unique, personal experience: InnovAgroWoMed. It was so... 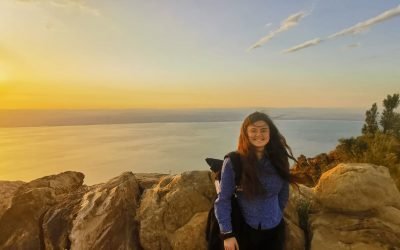 My Winter Camp experience: we are more connected and similar than we imagine!

Today, March 31st, one week has passed since we came back from our Winter Camp in Jordan; enough time to find some space, go beyond our emotional involvement and revisit our experience from different points of view to have a clearer and broader perspective.  First of...